A laptop is a piece of gadget that almost every person owns. And it has become an absolute necessity for everyone’s life. That is the reason, laptops get technologically advanced so rapidly. And not keeping up with its pace of change can cause you to entangle with the problems related to your laptop every one or the other day.

Not a long time back, the brand new laptops with 2-3 TB of HDD were considered to be highly advanced. But if we look at them today, those laptops don’t even appear in the list of good laptops. Instead, the place has been taken over by the laptops that come with SSD’s. If we talk about the SSD’s, even the laptop with low capacity SSD can easily overtake the one with high HDD, and that too in every aspect. But the good thing is, many HDD laptops that are not much old are easily compatible with SSD’s and the chips can easily be replaced. So, in this article, we will take you through the best and budget-friendly SSD’s for your laptops. 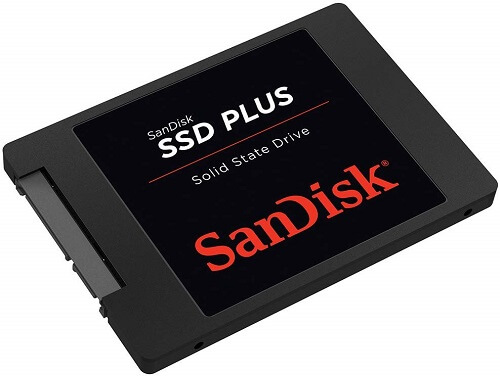 Let’s make a start with Sandisk SSD Plus. This small piece of a gadget can do big wonders for your laptop. Obviously, Sandisk doesn’t need any introduction and we all know that its products are always amazing. The same is the case when we talk about its SSD. Sandisk SSD Plus comes at a super inexpensive price and that too with a capacity of 240 GB. Not only laptops, but this amazing SSD also fits equally well in the PCs too. The SSD comes with an interface of SATA III 6 GB/s, making it a perfect partner for your laptop.

The SSD also offers an amazing data transfer speed of up to 1 GB/s which is quite impressive as compared to the HDD’s. And not to forget about its reading/ writing speed, i.e 530 MB/s and 440 MB/s respectively. So while making a purchase for an SSD, don’t forget to take Sandisk SSD Plus into consideration. 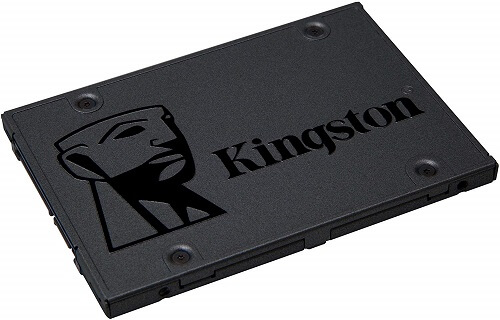 Now, let’s talk about another SSD that can be an ideal choice for your laptops. Kingston Internal SSD comes with a capacity of 240 GB at a reasonable price. When you replace the HDD of your laptop with this stunning SSD, you notice a very impressive change in your system. The system starts to give faster boot-up and shutdown along with faster application loading. The SSD gives you a SATA III interface along with the reading speed of 500 MB/s and the writing speed of 450 MB/s.

Not just the internal factors, the Kingston Internal SSD is overall designed to give the best experience to the users. The SSD is made shock and vibration resistant which makes it a considerable product for notebooks and computing devices too. 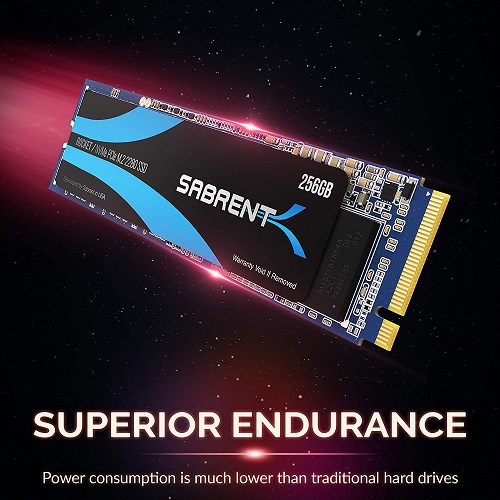 The next one on the list is Sabrent Rocket SSD which is yet another wonderful SSD for your laptop. The Sabrent Rocket SSD makes use of NVMe PCI Express Gen 3 x 4 Interface, that makes your laptop work as smooth as a silk and with breakneck speed. At a peanut price, Sabrent Rocket SSD promises to give a whopping data transfer rate of 3100 MB/s. Along with that, a digital storage capacity of 256 GB. Being so much advance and technologically upgraded, this SSD is a perfect replacement for the traditional HDD’s prevailing in the market.

The features of Sabrent Rocket SSD doesn’t end here. At such a cheap price, the SSD provides with the reading speed of 3090 MB/s and the writing speed of 1050 MB/s, which is more than most of the SSD’s you will find. The SSD also supports SMART and TRIM commands along with the support to ONFi 2.3, ONFi 3.0, ONFi 3.2 and ONFi 4.0 interface.

If you always wanted to give a new life to your laptop, Silicon Power SSD is another high-quality SSD that will help you achieve that task. This amazing SSD is designed in such a way that it is compatible with other form-factor PCs like notebooks as well. But when it comes to its price, the SSD will cost you around $41. Which is absolutely nothing as compared to the other over-rated SSD’s in the market.

The SSD comes with an NVMe interface, hence increasing the life of your device and upgrading its performance.

Silicon Power SSD never fails to impress its users. With the data transfer rate of 3100 MB/s, even the bulky to bulky files can be transferred with a snap. The same is the case with its reading and writing speed, i.e 3400 MB/s and 3000 MB/s. These impressive features are the reason that the SSD has been really liked by the customers and got extremely positive reviews.

Here comes another amazing product by Silicon Power. But this one comes with a SATA III interface. As the name suggests, this Solid State Drive enhances the performance of your laptop in a remarkable way. Now, what makes this SSD stand out from other products is its various support systems. With the help of TRIM Command support, Garbage Collection technology, ECC and RAID support, the SSD help make your device completely brand new. Silicon Power Performance Boost SSD is made vibration and shockproof to save itself from any kind of mishappening.

With the help of Cache Technology, the SSD also promises to give the users a life long company. What else do you get? Free SSD health monitor tool, to keep an eye on the health of the SSD from time to time. Moreover, you can also get detailed information about the SSD in no time. Now, what else do you expect from an SSD? 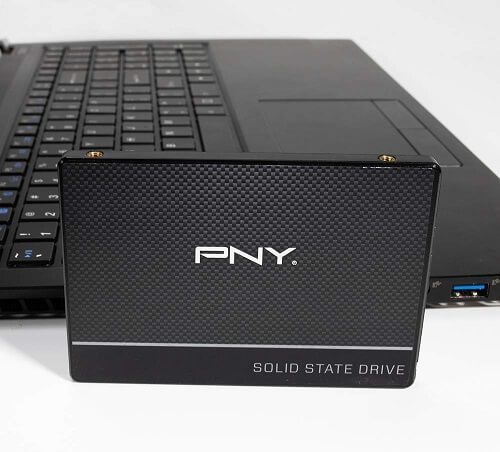 Now let’s talk about PNY CS900, one of the best cheap SSD that delivers amazing service at a minimal price. PNY CS900 comes with a SATA III interface to enhance the performance of your laptop. While purchasing PNY CS900, you don’t need to worry about any damage. The reason being the shockproof structure of the SSD. Even if you find any problem, you are getting a 3-year warranty. When it comes to memory size, PNY CS900 comes with a size of 240 GB at a very cheap price, which is far economical as compared to the other SSD’s in the market. This SSD can be an outstanding choice for those who want to upgrade their laptops and other devices, but with ultra-low power consumption.

As compared to other SSD’s with 240 GB storage, this one gives an unbeatable data transfer speed of 6 GB/s. Moreover, an impressive reading speed of 535 MB/s and writing speed of 500 MB/s. So why wait? Get your own PNY CS900 SSD and make your laptop work like never before. 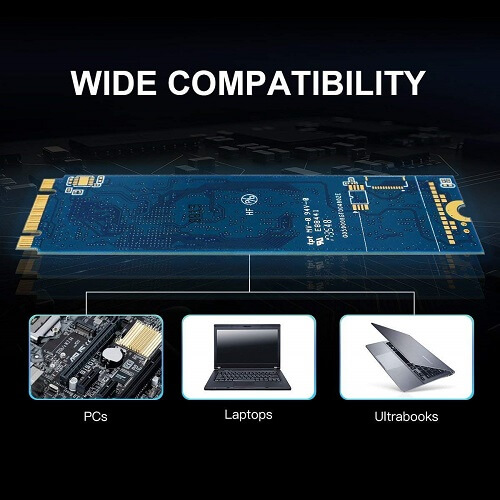 The last but certainly not the least, Inland Premium SSD. It comes with NVMe technology. The SSD supports 3D Flash technology, which cuts off the power usage to one-third as compared to the traditional HDD’s. Other than that, this SSD has a PCIe Gen 3×4 interface to make the booting, shutdown, and application response of the device much quicker. Inland Premium SSD also gives a satisfactory read/write speed of 2900/950 MB/s.

If you want a cheap SSD for personal as well as business purpose laptops, you can surely go with this one. But you can also take it into consideration even while looking for an SSD for a gaming laptop.

Why SSD Over HDD?

If you work on a laptop with a traditional HDD, you very well know that waiting for an application to open can be a real patience tester. Well, at that time you realize that it would have been better if your laptop had an SSD installed, rather than HDD. Not only performance but the SSD’s are overall much better than HDD’S. Battery life, power saving, body weight, etc, SSD has an upper hand in every aspect.

At SpecsTalk, our aim is to provide the best products so that you don’t waste money by buying the wrong products. The list of best products is created only after doing extensive research which covers the technical as well as non-technical aspects.
Contact us: admin@specstalk.com

Some of the pages on this website are having affiliate links. When you buy product through those links, we may earn an affiliate commission.