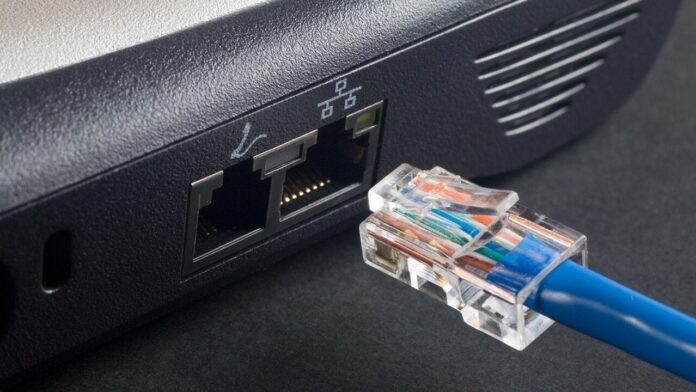 Ethernet is the essential element of a local area network. They consist of thick cables that set the path for a fast internet connection and uninterrupted networking.

These cables were introduced to the world in the 1970s and now every few years we get evolved versions of theirs with faster speed and better connectivity and security.

In this article, we will discuss different types of ethernet cables based on their build type as well as their category. This will clear all your basic doubts regarding cat3, cat5, cat5e, cat6, cat7, and cat8 cables.

As we discussed earlier, ethernet cables have evolved with improved functions and capacity. Presently these are the cable categories recognized by the telecommunications industries association.

This is the earliest generation of ethernet cables and it supports the maximum frequency of 16 MHz only. These are unshielded twisted pair cables that are used for the transmission of voice and data. Though they are not easily available in the market because of the introduction of better cat cables, some people still use them for telephone wiring and when installing alarm systems.

Cat4 like its predecessor was used to transmit telephone networks. They could support the frequency of up to 20 MHz and there was a better flow of voice and data through them with a maximum speed of 16 Mbps. They were used in local area networks for a brief period and got replaced with cat5 and cat5e cables very soon.

Cat5 comprises of 4 pairs of twisted cables and can transfer 100 megabits of data per second. This cable category supports a bandwidth of up to 100 MHz. Cat5 cables can be laid up to 100 meters without much interruption in the network.

Unlike the higher quality cat cables, cat5 relies only on the twisted design for noise reduction, and they are not shielded. Modular connectors and punch-down blocks can be used to connect these cables. Though they are outdated, a lot of internet service providers use them for transmitting data.

Cat5e or cat5 enhanced is one of the most widely used ethernet cables in the world. This is identical to cat5 cable in physical appearance and also consists of four pairs of twisted cables.

Cat5e can support the transfer of data up to 1 Gbps speed and carry the bandwidth of 100MHz up to 100 meters distance. It is also the most budget-friendly high-speed ethernet cable option available in the market.

Cat6 cables also have four pairs of twisted cables that are capable of transmitting data up to 10 GB per second. This speed along with electromagnetic interference resistance is enhanced here because of a plastic separator inside the cable. This separates the twisted pairs to prevent crosstalk from the neighboring cables.

Also, the twists in these pairs are finer than the cat 5 and cat 5e cables twisted pairs. Up to 250 MHz bandwidth is supported by cat6. Though we see an improvement in the bandwidth here, it can be laid for the limited distance which is up to 40-55 meters. Beyond that, there will be interference in the network. These cable types are installed using 8P8C modular connectors.

Cat6a cables can support ab to 500 MHz frequency which is double the bandwidth supporting capacity of cat6 cables. It is compatible with cat6 and cat6e.

Cat6a is a little thicker than its predecessor as it is shielded. This foil shield drastically reduces the outside interference and allows the cable to support higher transmission speed for a longer distance. But this shield makes the cable less flexible. Also, the twists in cat6a are tighter than in cat6.

Cat6a cables are mostly used for providing internet for industrial purposes and in IP CCTV cameras.

Cat7 ethernet cables are used for high-end data transfer that is 40GBps up to 50 meters distance and hundred GBps up to 15 meters per second. This category of cables is used in data centers, large media houses, and networking enterprises.

The shielding in cat7 is top-notch as it consists of four twisted-pair cables that are shielded individually and then it has another shield that covers all of them together. There is almost no network interference in CAT 7 cables. They offer little flexibility and are very expensive as well. People use generally Cat6 and Cat7 ethernet cable for TV.

This is the latest category in the Ethernet cables and is not for common purposes. Cat8 cable supports very high frequency i.e up to 2 GHz (2000 MHz) for up to a distance of 30 meters. They also consist of four pairs of shielded twisted cables which are further shielded with a foil. Cat8 cables are used in data centers and server rooms of big networking companies. Now, people have started using Cat8 ethernet cable for gaming.

These are 3 types of Ethernet cables used in LANs.

In twisted-pair cables, there are pairs of insulated copper wires twisted together to enhance electromagnetic compatibility. The twisting gives the pair of cables immunity against noise and electromagnetic interference from the neighboring pairs.

Coaxial cables are used for the transmission of high-frequency electric signals. It consists of a thick copper wire/ conductor covered with an insulating layer which is further shielded with wire mesh. These layers of insulations stop interference in the network from other signals, lightning, motors, etc.

Coaxial cables are mostly of 2 types, RG59 and RG6. RG59 has lesser shielding than RG6 and it is used for cable TV transmission and ethernet as well. The RG6 has strong insulation and is used for the transmission of audio and video signals from areal antennas and satellite television.

Fiber optic cables have the highest capacity for high-performance data transfer and telecommunications. It consists of very tiny strands of glass fiber through which light is passed instead of electric signals.

As there is very thick and strong protection, and it’s light that is being transmitted, there are no chances of electrical interference. Fiber optic cables transmit data thousands of times faster than twisted-pair cables.

There are two types of Fiber optic cables – Single-Mode Fiber (SMF) and Multi-Mode Fiber (MMF). The single-mode fiber has a smaller core, transfers one mode of light at a time, and is used for long runs. The multi-mode Fiber can propagate many modes of light at once through its larger diameter core. It is used for distances around 400-500 meters.

So, these were different types of ethernet cables used around the world today. Wireless networking has more compatibility than ethernet cables because it can be used with phones and other devices. But when it comes to a speedy and stable connection, ethernet cables win the competition easily.

We would advise you to look for your device specifications before purchasing the cable type for your connections.

What is the difference between cat5 and cat6 cables?

Cat6 cables were introduced 6 years after cat5 cables i.e. in 2001. Cat5 supports a bandwidth of 100 MHz in comparison to 250MHz by cat6. It means internet or data processing is obviously faster in cat6 cables which is up to 10 Gbps, whereas cat5’s capacity is 100MHz (1 Gbps). The newer version of cat5 which is cat5e also supports lesser frequency than cat6.

Both the cable categories have 4 pairs of twisted cables but cat6’s pairs are more twisted and separated with a plastic separator. Therefore cat6 cables offer much better resistance to electromagnetic interference. Ethernet vs WiFi: Find Out The Reliable Connection For TV 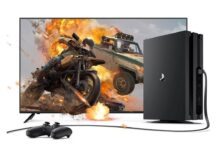 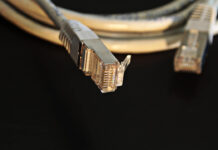