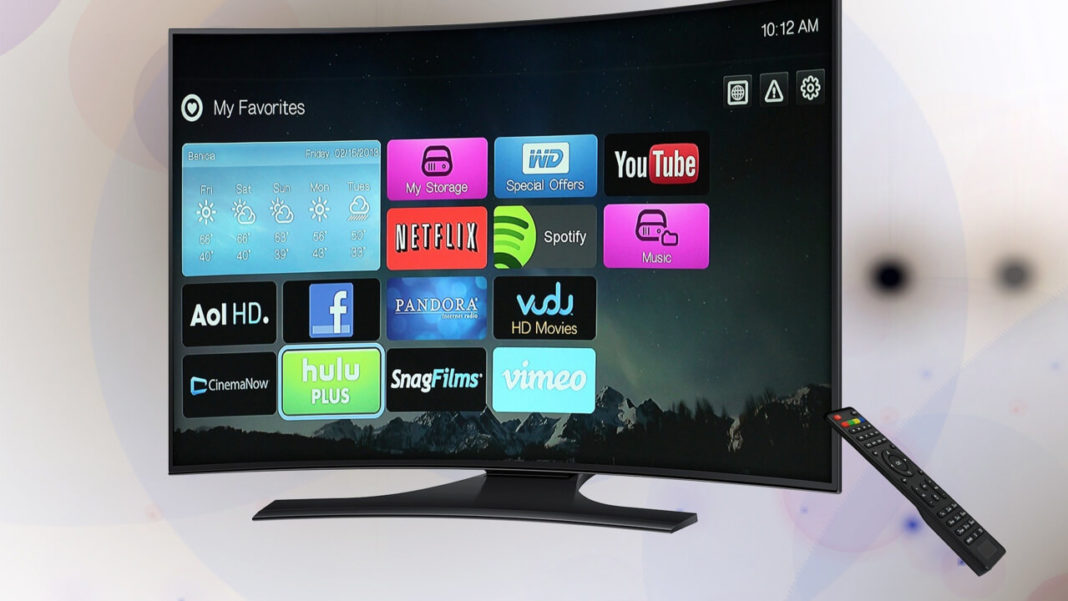 When you go out to buy a new Television, What’s the most important thing you look for? The answer to that question will probably be the TV screen. And rightfully so! I mean, that’s where you see all the magic happening.

Over the years, we’ve seen different types of TV screens getting introduced in the market. The one which was famous and widely used about 20 years ago, has now faded away due to something new and better.

But the question that most people ask themselves is, why is the new one better? And if not better, then what exactly is the difference?

Now, learning the answer to these questions may seem redundant, because, in the end, we all want to spend our money on what’s new.

But learning how technology transitioned from one type of TV screen to another, does give you proper insight into the product you’re buying. And to be honest, learning about it is also really interesting.

If you ever had a bulky size Television in your home, then it was surely the CRT TV(Cathode Ray Tube). These types of TV screens are the oldest, and they had a good run for a very long time, that is before the 2000s.

The reason for their size being that big is because they need space to hold the Cathode Ray Tube(CRT) inside them, which is a vacuum tube. This Vacuum tube had one, and sometimes more than one electron gun.

The purpose of the electron gun is to fire the red, green, and blue electrons on a phosphorescent screen to produce the picture.

In the early 2000s, the CRTs lost their market due to the introduction of flat screen LCD TVs.

LCD Televisions were introduced in the early 2000s and they instantly took over the CRT TVs because they were slimmer. Liquid Crystal Display (LCD) technology made it possible for the TVs to be mounted on the wall, thus saving a lot of space.

Also, it was possible to make a bit larger LCD screen, which was highly unlikely with the CRT.

The panels in an LCD TV have CCFL (Cold Cathode Fluorescent Lamps) as the backlight because the LCD panels cannot emit their own light. The LCD TV screens are made up of liquid crystals, that basically blocks certain part of the light-emitting from the backlight.

Like LCD and LED, Plasma is also a flat screen technology that dominated the market against CRTs. For a time, LCD and Plasma TV had a neck-to-neck competition in terms of quality.

When it comes to deeper black levels, contrast ratio, and viewing angle, a Plasma screen is much better than LCDs. The plasma screens consist of tiny gas cells spread between the two glass sheets.

Now, after getting a specific amount of electric current, these cells emit invisible ultraviolet light with red, blue, or green pixels. And finally, these colors combine to form the image on the screen.

The advantage Plasma screens have over LCDs is that they switch on/off the pixels much faster. Thus giving you a much better response time with better picture quality.

However, due to this same reason, Plasma TVs require much higher power than LCDs. So, we can say that they are not energy efficient.

Also, Plasma TVs were limited only to lower screen sizes, and that too at heavy pricing. That is why they completely lost their market after the prices of LCD TVs were dropped.

When it comes to LCD and LED screen, most people think that they are completely different, but that isn’t the case. The technology used in both types of TVs is actually the same.

The only difference is that in LED televisions, the backlight consists of LEDs (Light Emitting Diodes) and not the CCFL. The LED lights are much better than CCFLs. For instance, they are smaller in size, which makes LED TVs slimmer.

However, there are other components of LED TV as well which makes it sleek. Moreover, the LEDs produce more light using a very little amount of power, which means they are more energy-efficient. And as they produce more light, the picture quality with LED screens gets better.

Another thing that sets apart LED from the previous technology, is that the LED technology made larger TVs more common. As it was easy for the companies to experiment with various sizes using this technology.

Moreover, there are two types of LED TV screens:

1. Edge-Lit LEDs: Edge-lit LEDs are the ones in which the LED lights are spread around the edges of the TV screen.

These LEDs reflect the light at the center portion of the screen. The benefit of spreading LEDs on the edges and not to the center is that it makes the TV really thin.

2. Full-array or Backlit LEDs: In these types of LEDs, the lights are evenly spread out at the back of the TV. This way, the light produced is much brighter and the picture is more clear.

However, due to lights being spread out in the center area, these TVs aren’t as thin as Edge-Lit LED TVs.

That much information is enough to get an overview of the LED technology. However, if you want to learn more about the LED display, then you can read on Wikipedia.

The only difference between an LED and QLED(Quantum Light Emitting Diodes) TV screen, which was initially introduced by Samsung, is that QLED uses the quantum dot layer.

These quantum dots delivers an ultra HD picture with enhanced colors and brightness. And now let’s briefly discuss how the technology behind a QLED works.

So, the LEDs sitting behind the LCD panel create light. And the LCD panel, which has quantum dots embedded in it, filters that light to give you the exact amount of light you actually need.

And that is why, by getting the right amount of light to your eyes, you see much better picture quality than the TVs with your typical LED screens. But the fact that QLED TVs actually need LED backlight, also makes it clear that these quantum dots do not create the light on their own. This further means that the deeper black levels are not that great with QLEDs.

OLED technology, which was introduced by LG, is very different from QLED technology. But how? Well, the very important distinction between them is that OLED TV doesn’t need any backlight.

And that is because OLED televisions use ‘organic’ materials, like carbon to create light. That is why it got its name ‘Organic Light-Emitting Diodes.’ These organic materials are really tiny in size and they emit their own light.

So, by eliminating the need for any LED backlights, they are extremely thin. Also, there is no need to block any light to provide good deep black levels, as the pixels just stop creating light during a dark scene. So, the deeper black levels are much better in the OLED panel than in QLED.

So, we can conclude the war between LG OLED and QLED TV screens by saying that when it comes to picture quality, OLED is the clear winner.

MicroLED is the technology very few people know about, and that is because it isn’t commercialized yet. Basically, this technology can compete, and maybe beat OLED display in terms of picture quality and energy consumption.

It is for sure that microLED technology is far ahead of OLED, but we can only be sure of their performance when they’ll be actually out in the market. Also, if you want to learn about MicroLED in more detail, then you read a whole lot about it by visiting whathifi.

Now, if you’ve read the entire article, then you have at least got some basic knowledge about different kinds of TV screens. The type of TV screen usually describes the technology used in the TV to create the picture.

This technology will keep on upgrading and improving with time, and it’s really hard for everyone to keep up with this change, but we can at least try. 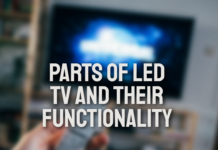 Parts of LED TV and Their Functionality – TV Components