When you’re planning to buy a new TV, there are a lot of things you should keep in mind, like size, features, resolution, etc. However, finalizing the TV brand, or deciding which company to go with, is surely the first step in everyone’s quest of finding the best television. Once you make up your mind for one brand, you can go on further researching on other factors to select a particular model.

But the thing is, most of the time, people get lost in the very first step. And eventually, they select a TV brand that isn’t right for them. And if today you’re using the internet to look for the best TV brands in the world, then you very well know what I am talking about.

Now, there are various factors, like price, usability, availability, etc, that were taken into consideration before actually ranking all the brands on our list. So, we can confidently say that this list will give you a good idea about what each brand is offering. So without wasting time, let’s get on to our list of 6 best TV brands of 2019.

Samsung is no doubt the undisputed champion when it comes to providing the best TVs. And this fact is known worldwide, that is why about 20 per cent of the 157 million smart TVs sold in 2018, i.e, more than 30 million TVs were by Samsung. And to be honest, the popularity of this South Korean company around the world is not entirely because of their Televisions. This company also holds its ground because of its other electronic products too. Nevertheless, Samsung is also able to stand out among other brands because of its quality televisions.

The company is leading in the television market because of so many reasons, but the most important of all is that the company never stops innovating. Whether it be the latest QLED (Quantum light-emitting diodes) technology to rival LG’s OLED or other types of TV screens, Samsung always comes out with something amazing.

Also, it was Samsung which came out with first-ever commercial 8K television in 2018.

The success of Samsung’s smart TVs also depends on its Tizen OS. The easy and yet modern user interface with the availability of almost every app is something that everyone looks for in their smart TV. Moreover, by introducing firmware updates almost every year, Samsung also keeps improving its support and features for their existing customers.

Samsung is also dedicated to targeting consumers from every income base. That is why you can buy very affordable quality Samsung televisions with an average-sized screen. However, you can also find so many luxurious Samsung models that are enormous in size.

If there’s a company that can stand with Samsung in terms of technology in Smart TVs, then it can surely be LG. Like Samsung, this company successfully made its name worldwide because of a variety of its electronic products, along with its smart TVs. In the year 2018, out of the total 157 million units of smart TVs sold, almost 19 million units were of LG. So, it is pretty clear that after Samsung, most people put their trust in LG.

The picture quality of almost every TV by LG is amazing, especially with their latest OLED (Organic Light Emitting Diodes) televisions. And along with that, the low power consumption is also a unique selling point of OLED Smart TVs. The only reason why OLED is behind Samsung’s QLED is the heavy price tag over it, specifically with the larger sized TVs.

But other than that, the performance of OLED TVs by LG is truly exceptional. For instance, the LG B9 OLED TV has amazing picture quality with good contrast ratio and low input lag.

The operating system used in LG’s Smart TV is WebOS. The user interface and navigation in the WebOS are truly incredible. Moreover, the huge collection of apps on the OS makes this one of the bestoperating systems used in smart TVs.

If you want an LG smart TV for your home, then there are a wide range of sizes available falling within different price range. So, you can go for an amazing small-sized 4K TV falling within your wallet, and you can also go a little bit higher for larger sized OLED TVs.

The third tv brand on our list is, of course, SONY. It is a company that is known worldwide for a lot of reasons, one of them being their Smart TVs. The high-end picture quality of Sony TVs, especially with their Bravia series, is enough to set a great competition for both LG and Samsung.

Sony, in most of its TVs, focuses mainly on maintaining their picture quality, rather than trying to get ahead in the race by introducing the new technology. Take the performance of Sony Z9F for example. This LED/LCD TV by Sony stands out in almost every aspect like viewing angle, deeper black levels, motion blur, and whatnot.

The OLED technology, which you already know was started by LG, is also used by SONY. So, if you want an OLED TV but not by LG, then SONY is the best option. Because they know how to use this technology to give the best to consumers. SONY, like the other two brands, also has almost everything for every consumer, as there are a lot of size options when it comes to both 4K and OLED TVs.

The Android OS used by SONY is surely a bonus for people who want to access almost every app on Google Playstore. Other than providing a lot of apps, the OS works pretty smooth on almost every model. The amazing operating system, along with the consistently amazing picture quality surely helps SONY secure a huge market place for itself.

TCL is one of the newest players in the market. The fact that they provide good quality to the consumers at affordable prices quickly made them one of the leading TV brands.

As of now, the company doesn’t focus on bringing a bunch load of new models every year. Instead, they try to maintain the standard on the few units they launch. And that is because they want their units to last longer than usual.

Take TCL’s 6-series for example, which is available in different sizes ranging from 28″ to 75″. If a consumer is looking for an affordable TV with amazing picture quality and almost every latest feature, then this is the best option. The reason for TCL TV’s amazing build and picture quality is that the company makes everything on their own. They don’t rely on other companies for any component of their TV.

The Roku smart TV platform used by TCL is surely one of the best. This platform is also used by other brands like Hitachi, Insignia, and Sharp. And the popularity of this platform is such that in 2018, more than 6 million TV units sold worldwide had this platform. The user interface of the platform is super easy. There are multiple options for apps and free movies that you can stream on your smart TV.

If the pricing of bigger brands is usually overwhelming for you, then TCL is one of the best affordable options out in the market. They are building customers trust by their quality and features.

VIZIO is a US-based TV brand which is also a new player in the market. Right now, the brand is only focusing on the US market. But it successfully made a good name for itself because of its quality within that particular market. The aggressive marketing approach used by VIZIO helped the company to stand against giants like Samsung.

More and more consumers are shifting towards VIZIO, given the fact that they offer well-performing TVs at very affordable prices. In 2019, Vizio launched the P series Quantum TV, which uses Quantum dot technology much like Samsung QLED TVs. The TV is available in sizes ranging from 65″ to 75″ inches starting at just $1100, which is really affordable.

The Smartcast operating system used by VIZIO has all the latest smart features you could hope for. The choice of apps on the platform is limited. But for most people, the apps that are supported are more than enough. Like you can very easily stream your favourite shows on Netflix, Hulu, Youtube, and Prime Video. Also, the latest models by VIZIO support voice command from Google Assistant and Alexa.

Much like TCL, most models offered by Vizio are affordable yet, they have amazing performance. The only difference is that TCL is slowly moving towards the global market and on the other hand, VIZIO is still restricted to the US market.

Hisense is a Chinese company that manufactures TVs along with other electrical products like Air conditioners, washing machines, etc. The company is offering its products internationally and it is starting to get the hold over the market with their quality.

There’s no unique technological aspect about the smart TVs by this company that makes it stand out. However, if someone wants to go for a brand offering a variety of TVs, then Hisense is one of the best choices.

The company doesn’t stick to one kind of technology and makes use of everything they can. Like they don’t have any fixed operating system for all of their smart TVs. Instead, they use all kinds of operating systems like Android, Roku, etc. This means that you can go with a Hisense TV with an operating system of your choice. The option you hardly get when you buy a TV of any other brand.

So, what the company is doing best is providing a range of products to its consumers and that too at competitive prices.

Also, you should know that Hisense has bought the license for manufacturing TVs for Sharp and Toshiba. So, there’s no point in discussing those 2 brands separately. Because the TV units sold under those names are manufactured by Hisense only.

So, that was our list of 6 Best TV brands of 2019. There are so many factors at play when you think of buying a TV. But the most important factor is surely the picture quality, and this varies from model to model. However, if the brand is trustworthy, then you can be sure that the TV you’re buying will at least have a decent picture quality.

In the end, it is you who have to decide what exactly are you looking for in a TV. Like, if you want to go with the latest technology, then brands like Samsung, Sony and LG are better options but with a higher price tag. However, if you’re looking for something affordable with good quality, then there are brands like TCL, Vizio, and Hisense. 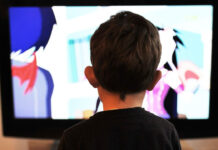 How To Protect Your TV And Extend Its Life 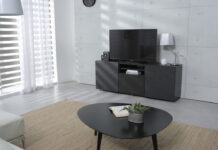 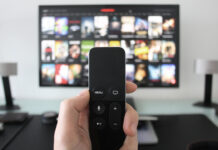 Android TV vs Tizen vs webOS: Which One Is Better?